Federal Court Ruling May Change Probable Cause in Cannabis Cases

A recent federal district court ruling in Spokane is something every medical cannabis attorney, patient, provider and advocate needs to be aware of—not only in Washington State but throughout the entire Ninth Circuit. The ruling is also something of a victory for Washington's recently changed medical cannabis law, because for the first time a judge has ruled in a way that gives quasi arrest protection under the state medical cannabis law and has likely set an interesting precedent on probable cause and cannabis. And the ruling came from a federal court judge. It was also a bit of a slap to the US Attorney's Office in Eastern Washington.

Last November, Spokane County Sheriff's deputies thought they had sniffed out a large cannabis grow in Spokane based upon a deputy's observation of odor of growing cannabis and so they did what narcotics cops often do: They ran the plates on a car at the home and determined that it was someone who'd been convicted of growing in the past. They examined power bills. They visited the home, smelled cannabis odors and made entry and busted several people and, eventually, seized evidence from both that home and a separate storage facility. Then they turned the case over to federal officials in Spokane who indicted the alleged cannabis growers for manufacturing above 100 plants. If convicted, the alleged growers would each be staring at five years minimum in federal prison.

But, in a filing in May, their attorney Richard Wall argued that all of the evidence seized were the fruits of an illegal search and seizure, a violation of the 4th Amendment. He argued this based upon the fact that, in his view, that Washington’s medical cannabis law had changed in 2011 from affirmative defense-only to something more akin to complete decriminalization of medical cannabis, even for growing, provided that people stayed within certain limits of possession. Here's the relevant language at RCW 69.51A.040:


In his filing, Wall argued that since there was no evidence in the search warrant affidavit that the deputies had attempted to determine how many plants were present at the location and had made no attempt to determine if anyone at the residence was actually in compliance with the state medical cannabis law, then there was no legitimate probable cause for the search and that any evidence seized should be quashed. What's more, since these were local police and they had not been operating as federal officers or claiming violations of federal law in their search warrant affidavit, then again the evidence seized needed to be tossed out of court.

In order to establish probable cause to believe that a person has committed or is committing the crime of unlawful use, possession, or manufacturing of marijuana under Washington law, it is not enough to merely show that the person used, possessed, or manufactured marijuana. Instead, probable cause can be established only by showing that such use, possession or manufacturing failed to comply with the terms and conditions of RCW 69.51A.


On May 31, a Senior US District Judge named William Nielsen issued an order accepting Wall's argument and quashing the evidence in the case. Judge Nielsen wrote:


The judge invited the feds to file a reconsideration of its evidence, which the US Attorneys Office for Eastern Washington did, but without success.

In late June, the US Attorney's Office for Eastern Washington filed an appeal of Judge Nielsen's order with the Ninth Circuit Court of Appeals and asked for that a stay be placed on the order. While the Court of Appeals has not ruled yet on the case or the stay, the judge's order is on hold. It is quite likely that whatever appeal the feds file will be met with several opposing amicus briefs.

Unless Judge Nielsen's order is overturned by the Ninth Circuit Court of Appeals, it is a ruling that can be employed by medical cannabis patients and defense attorneys most especially in Washington State, but also in other Ninth Circuit states with medical cannabis laws (California, Hawaii, Oregon, Alaska, Nevada, Montana and Arizona).
Posted by Philip Dawdy at 10:20 PM 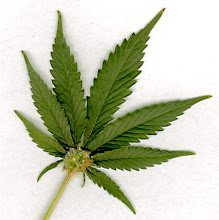 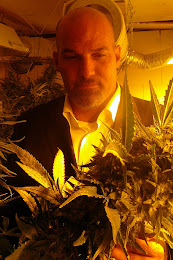 Annual Marijuana Arrests in the US 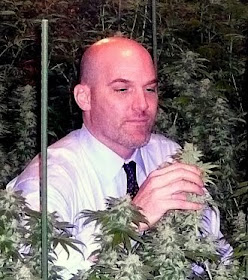